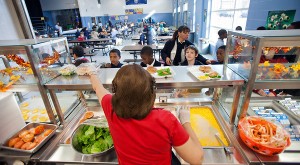 The trend has emerged in big cities like New York and Los Angeles, as well as smaller places like Anchorage, Alaska, and Kearney, Neb. The state of Mississippi has also registered a drop, but only among white students.

“It’s been nothing but bad news for 30 years, so the fact that we have any good news is a big story,” said Dr. Thomas Farley, the health commissioner in New York City, which reported a 5.5 percent decline in the number of obese schoolchildren from 2007 to 2011.

The drops are small, just 5 percent here in Philadelphia and 3 percent in Los Angeles. But experts say they are significant because they offer the first indication that the obesity epidemic, one of the nation’s most intractable health problems, may actually be reversing course. Click here to read the full New York Times article from December 10, 2012.

This entry was posted in Grameen Health Blog. Bookmark the permalink.